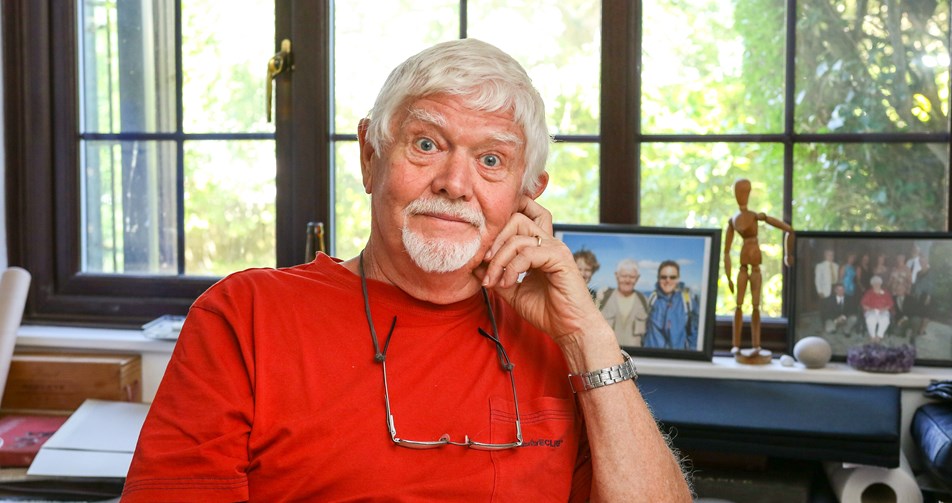 I met my wife while living in London and we’ve been married for over 52 years now. Around 1983, a few years after we moved to Porthcawl together, my wife found a tiny little lump on one of her breasts. Sensibly she went to the doctors, was diagnosed with breast cancer and had a single mastectomy to treat it.

In 2017 I developed breast cancer myself. Funnily enough it was very obvious. I noticed one day that my left nipple didn’t look quite the same as my right nipple and it was slightly wonky in comparison. It looked as though the nipple was folded over but I was more concerned with a hernia that I had at the time!

When I was called in to have a pre-op for my hernia the nurse told me that I should get the nipple looked at. They wanted to refer me but I’ve had some bad experiences in the past so I decided to see a private consultant and less than a week later I was having the operation. It was the best £140 I’ve ever spent, and now I just take Tamoxifen once a day.

It didn’t surprise me that I had breast cancer; after my wife’s diagnosis I’d done some reading and knew that men could be affected. The attitude of some people surprised me most. One chap I spoke to thought it was somehow un-masculine to have breast cancer. I hasten to add that he’s a bit of an idiot but many young men that are amazed that we can develop breast cancer.

It’s important that we talk about cancer because there’s a fear of the unknown. There’s an attitude that ‘rugged men’ can’t be affected by it. Cancer is very unpleasant, it gives you a sense of your own mortality and there’s a fear that it might come back but do not bury your head in the sand because talking about it might help someone else.

I’m in the local museum society and we keep the keys at the Tenovus Cancer Care shop. I phoned the charity after having my operation because I wanted to support them in any way I could, thinking I may be able to speak to others affected by cancer and I’ve since used my skills as an illustrator to produce something that they could present to the public at events. 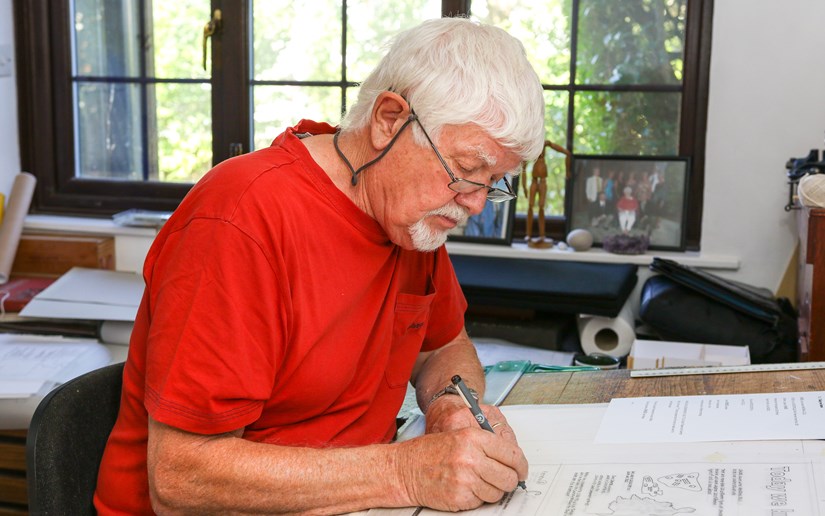 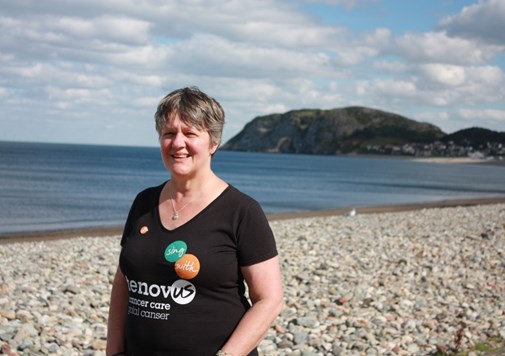